How to make hard things easy

The first audiobook I ever listened to was ‘The Power of Habit’ by Charles Duignan; this book literally changed the way I looked at everything I did in my life.

At the time, I was working as a primary school teacher in West London and had picked up some pretty bad habits (coming home from work and eating two or three chocolate bars every day after school being the main one). I remember listening to this book and have the figurative ‘penny drop’ of what my behaviour had become; – every day, I would come home, sit in the same chair, watch the same game show and have two or three chocolate bars as I numbed out to TV. I had created a bad habit.

Charle’s Duignan talks about the ‘routine – que – reward’ system of habits. In order to change a habit, you need to change one of the components of this system. The routine is the actual situation or ‘trigger’- for me, that was coming home every day after work, the que is what you do next i.e. getting two or three bars from the cupboard and sitting in the same seat watching the same show; and the reward is serotonin and dopamine release (the ‘happy hormones’ your brain releases) from the chocolate.

As soon as I realised this was affecting me negatively, I put plans in place to change one of the components. For me, the routine of coming home from work was always going to be the same so I changed the que, instead of reaching for chocolate bars in the cupboard, I left an already packed gym bag beside the front door; I would literally come home (routine), pick up my gym bag (new que) and the reward came from the serotonin and dopamine release from the exercise. 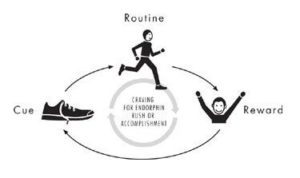 Becoming self aware of your negative behaviour, patterns and habits isn’t always that easy to recognise; that’s why good books are amazing as they can ‘point’ things out that we may have missed or failed to see.

I live my entire life trying to bridge the gap between all three. Good books, quality information and knowledgeable people can be the bridge for that gap.

THE STORY OF THE BOY AND TREE:

The Power of Habit made me realise that I was living a pattern of behaviour and that I didn’t even know I was doing it. It bridged that gap and put me in a much more positive place mentally and physically. Some habits are harder to change than others. I love the story about the wise teacher was taking a stroll through the forest with a young pupil and stopped before a tiny tree. “pull up that sapling,” the teacher instructed his pupil, pointing to the sprout just coming up from the earth. The youngster pulled it up easily with his fingers. “Now pull up that one,” said the teacher, indicating a more established sapling that had grown to about knee high to the boy. With a little effort, the lad yanked and the tree came up, roots and all. “And now, this one,” said the teacher, nodding toward a more well-devolved evergreen that was as tall as the young pupil. With great effort, throwing all his weight and strength into the task, using sticks and stone he found to pry up the stubborn roots, the boy initially got the tree loose. “Now,” the wise one said, “id like you to pull this one up.” The young boy followed the teacher’s gaze, which fell upon a mighty oak so tall the boy could scarcely see the top. Knowing the struggle he’d just had pulling up the much smaller tree, he simply told the teacher, “I am sorry, but I cant.”. “My son, you have just demonstrated the power of habits will have over your life!” the teacher exclaimed. “The older they are, the bigger they get, the deeper the roots grow, and the harder they are to uproot. Some get big, with roots so deep, you might hesitate to try”. 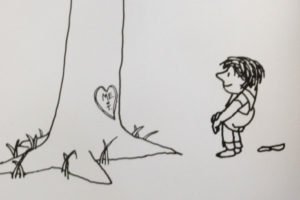 Smaller bad habits like the one I mentioned above are easy to change by understanding the ‘routine – que- reward’ system – you just change one of those components and you can effectively change your habits. The truth is some habits are harder to break than others, some have ‘deeper roots’ – for example, if you have been overweight or bad with money your entire life, you’re not going to do one thing and wake up lean and skinny or with a bank full of cash.

It’s the deep-rooted habits that are more difficult to change. It’s the small things every day that allow you to change these habits. I have worked with people who have been overweight they’re entire life (some for more than 20 years) and get frustrated when they’re not lean in two weeks. It’s like if I said to you that I wanted to learn Spanish but I wanted to be fluent in two weeks, what would you tell me? Its probably not possible, right? But what if I said I wanted to be fluent in 6, 12 or 18 months, then it becomes a lot more realistic. Breaking bad habits is the same; you’re not going to break a habit that you’ve done for 5, 10 or even 20 years in two weeks but by putting the right steps in place, you could break it in 6 or 12 months and break it forever.

Aristotle wrote “we are what we repeatedly do”.

ARE YOU RIDING THE HORSE OF YOUR HABITS AND GETTING NO WHERE?

There’s a great story in Darren Hardy’s The Compound Effect about a man riding a horse, galloping quickly. It appears that’s he’s going somewhere very important. A man standing along the roadside shouts, “Where are you going?” The rider replies, “I don’t know. Ask the horse!”.

He describes that this is the story of most people’s lives; they’re riding a horse of their habits, with no idea where they’re headed. Psychological studies reveal that 95 per cent of everything we feel, think, do and achieve is a result of a learned habit.

We do most things in life in autopilot, when was the last time you thought about how you tied your shoes or how to brush your teeth? If you’re like me, you probably even put the same shoe on first (left one) every single day and don’t even consciously realise you’re doing it. Thinking about habits this way can really help you understand how important it is to create positive ones. If you eat healthily, you’ve likely built healthy habits around food, and what you order in restaurants; the same exact thing happens if you eat unhealthily. 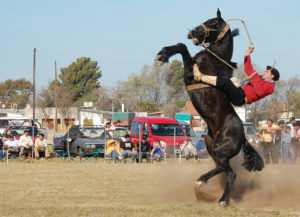 The key is educating yourself about what foods are ‘good choices’ for your body and mind (see the nutrition section of this book) and then create habits so those food choices become automatic. The key to sticking to a good nutritional plan is finding or creating a plan that includes your preferences, foods you like and enjoy and works into your lifestyle and schedule. If you can make your nutirion ‘automatic’ then it becomes ‘the way you eat’ and not a ‘diet you’re following’. In other words, eating well becomes a habit.

With enough practice and repetition, any behaviour, good or bad becomes automatic over time. The key is having conscience thought and self awareness on what habits are supporting you and what are destructive to your life. If your goal is to lose body fat, gain more muscle or become better at your sport; what habits to you need to break or create in order to become that person. After that it’s about doing it on a consistent basis.

“Its not what we do one in a while that shapes our lives, its what we do consistently” – Anthony Robbins

Even though we develop most of our habits unconsciously (by modelling our parents, responding to environmental or cultural associations, or creating coping mechanisms), we can consciously decide to change them. Reflect on how deeply your habits are rooted and then put the plan in place to create new more positive ones in their place. Sometimes it’s as easy as making the decision and then using your ‘why’ to get you there.