Live is a one time offer, use it well

I remember reading (or in my case, listening to the audio version) of the book Stephen R Covey’s ‘7 Habits of Highly Effective People’ and one section always stuck out in my mind.

THINK WITH THE END IN MIND!

He talked about seeing yourself going to the funeral of a loved one. Picture yourself driving to the funeral parlour or chapel, parking the car and getting out.. As you walk inside the building, you notice the flowers, the soft organ music. You see the faces of the friends and family you pass along the way. As you walk down to the front of the room and you look inside the coffin or casket, you suddenly come face to face with yourself.   This is YOUR funeral three years from today. All these people have come to honour you, to express feelings of love and appreciation for your life. As you wait for the service to begin, you see that there are four speakers; the first is from you family- children, parents, aunts, uncles, nieces nephews etc. The second is one of your friends, someone who knew you closely as a person. The third is from your work or profession and the fourth is some from your church or community that you were involved in. Now think deeply. What would you like each of these speakers to say about you and your life? 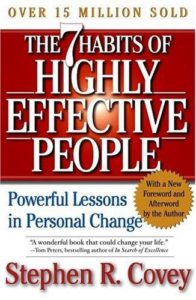 This section hit me more than anything else in the entire book. I remember walking towards my apartment in East London; the streetlights were lit and it was a cold, frosty November’s night and I stopped dead in my tracks to contemplate what I had just listened to.

The vision that painted in my mind was so clear and vivid- that it hit like a metaphorical ton of bricks. It also dawned on me that I wasn’t happen with the answer that question was forming in my head. It was that moment that I decided I was leaving London to pursue my passion. Shortly after, I left my job, moved home with my parents (broke and on welfare) and try to set up a new life where my funeral mattered, where my life mattered. That was the day that mind shifted from ‘being content with life’ to the seed being planted to ‘I’m only going to get one life!’

‘You only live once, but if you do it right, once is a enough’ – Gregg Plitt

The most fundamental application of ‘begin with the end in mind’ is to begin today with the image or picture of your life and what you want it to look like. The funeral scenario is the extremist of cases but that paradigm or mind shift that came upon me that day, stuck with me and is now channelled into all aspects of my life.

By keeping that end clearly in mind, you can make certain that whatever you do on any particular day does not violate the criteria you have defined as supremely important and that each day of your life contributes in a meaningful way to the vision you have of your life or as a whole. I had a talk recently with a close friend of mine who is looking to excel as one of the top sporting athletes’ in the country; he is on the brink of breaking into one of the top teams where fame and recognition would be guaranteed. We talked recently about beginning with the end in mind and working back from that- I always try and follow the law of 10 per cent. Your goals and targets should be so high that even if you only hit 10 per cent of it; you have still achieved more than 99.9 per cent of people.

I told him the same thing, if you want to make that team; you have to train, eat and live like the #1 athlete on the planet; that way, if you only hit 10 per cent of that, you are still ahead of 99.9 per cent of everybody else.

For example, when I competed at the Word Championships in Las Vegas, in 2015 I aimed to win that entire show and become #1 in the world. I trained, lived and made every decision as if I was already that person; I actually I finished 8th making me one of the top 10 in the entire world. Had I aimed for top 10, I probably wouldn’t have made the sacrifices that it took to move into that bracket. 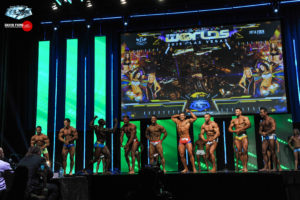 (I’m the fifth from the left)

“Aim for the moon, and you will at least hit the stars’ – W Clement Stone.

Funnily enough, my daughter was born a couple of months before that show and my life took an entirely different direction; my health now became a priority; it wasn’t just about me any more. I now had a little girl who I always needed to be there for, and that lifestyle didn’t support that vision. My daughter saved me from a life and things that probably would have eventually affected my health. My life has taken this path because of her.

IS WHAT YOU’RE DOING SUPPORTING THE END GOAL?

I have a three massive whiteboards in my bedroom. One has all my goals for the next 12 months, the other 24 months and the third, the next 10 years.

If I am ever worried or unsure about a decision I have to make, I look at those three boards and ask myself, ‘does this support the end goal’ – if the answer is ‘no’, I don’t do it; if the answer is ‘yes’, I go all in on it.

Its incredibly easy to get caught up in the busy-ness of life, to work harder and harder climbing the ladder of success only to discover its leaning against the wrong wall. The three whiteboards are my way of making sure the decisions that I make are moving me up the ladder that’s up against the right wall.

‘One of the worst tragedies in life is getting really good at the wrong thing’ – Tai Lopez.

People often find themselves achieving victories that are empty, success that have come at the expense of things they suddenly realise were far more valuable to them.

For example, one of my main goals in life (and it probably trumps all other things) is having a strong enough relationship with my daughter that I become her ‘go to’ person in life. I know to do this, I always need to be ‘present’ with her. 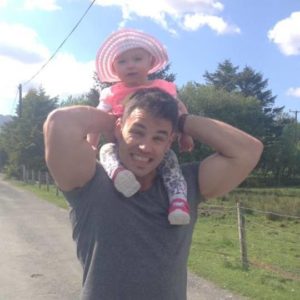 Up until the last couple of years, too often, I would find myself taking out my phone, scrolling through social media WHILST in in the company of other people. What’s worse is THEY would be doing the same and neither of us would see anything wrong with it.

I remember reading The Will Power Instinct by Kelly Mcgonigal, where she talks about have the willpower to say no to things and how to ‘be present’ with the people you care about most. If you want a better relationship with someone: your partner, your parents or your children; be present when you are with them.

The book discuses a study done on husbands and fathers who was physically present in the home for at least six hours a day (6pm-12am) but spent the entire time watching TV or working. In relative terms, this father or husband would be with his family for at least six hours, but he wasn’t ‘present’ for the majority or any of the six hours.

In contrast, the study looked at husband and fathers who were only home for one hour a day from 7-8pm but he spent that entire hour engaged with his family, there was no TV on, no scrolling through social media, just quality family time where there were no distractions or ‘noise’.

Obviously the relationships in the 7-8pm families were much stronger than that of the 6-12pm families yet in relative terms, they spent much less time at home.

The difference? Being present. 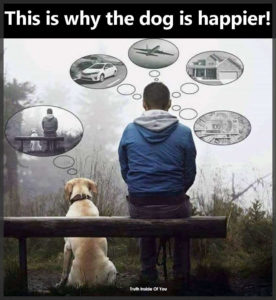 My end goal is to always be there for my daughter and have the relationship with her that I can help steer her on her life’s path; that’s the end goal. To build that kind of relationship I need to ‘be present’ when I’m with her. I don’t even want my little girl to know what I do for a living until she’s a lot older because when she thinks of me, I want her to think ‘my daddy’ and not ‘my daddy is always working’.

How different our lives are when we really know what is deeply important to us, and, keeping that picture in mind, we manage ourselves each day to be and do what really matters most. Always think of the end goal in mind and then work backwards from it. If the ladder is not leaning against the right wall, every step we take just gets us to the wrong place faster.

This can literally be applied to anything; I use the same techniques in my business, my fitness goals and my personal life. Winning my Fitness Model Bodybuilding Pro Card started with the end in mind, setting up my own business, the same. Before I wrote every chapter of this book, I started with the end in mind; what is the message I’m trying to get across here? Then I work backwards from it. You wouldn’t build a house without first creating every detail and blueprint before you hammer the first nail in place. Your life is the same. Create the blueprint for your life and then build the life you want.

“Life is a one time offer, use it well” – anonymous