I remember walking down the street in the town beside where I grew up; I had a bottle of water in one hand and my lunchbox in the other (I haven’t left home without my ‘lunch bag’ in nearly 10 years) when suddenly I saw a giant billboard in front of me. It was a colossal photo of a man standing on the moon.

I can’t remember what the company was advertising, water or a chocolate bar, it didn’t matter – the message was clear. I remember the wave of clarity that hit me like a metaphorical ‘ton of bricks’. I remember thinking ‘holy f*ck, we literally put a man on the moon” – now that might sound ridiculous; of course everyone knows that in 1969, Neill Armstrong become the first man to stand on the moon, but have you ever REALLY thought about it?

Have you ever really asked yourself how ridiculous, crazy and ‘unrealistic’ that is when you break it down? We as a species were able to design something that can literally leave our atmosphere and allow another human being (a person not dissimilar to me or you) to literally step foot on another planet! Every time I impose a limitation on myself or think to myself, ‘I can’t do this’ or ‘that’s just too big’, I return to that moment and hold that picture in my mind. 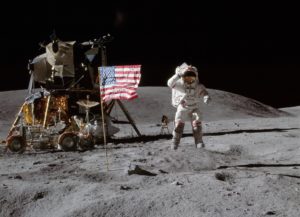 The biggest shift in mindset for me was realizing that every limitation I ever placed on myself was either self created or created by someone around to me.

“I stopped explaining myself when I realized people only understood form their level of perception” Robert Downey Jr.

People will always use their own perception (which is basically just their opinion of how they see the world) to put limitations on what you can do. Some times this can be coming from a very loving place; a friend or family member who don’t want you to ‘make the wrong choice but the majority of the time, its consciously or subconsciously putting a limitation (or at least planting the seed of doubt for that limitation) that can paralyses you from taking any action. When you start to live your life based on other peoples expectation or perceptions of you, you will always metaphorically ‘hit that glass ceiling’. Remove the perceptions, remove the glass ceiling.. Remove the limitations.

When you can break apart something, or look at it from some new angle, your perception of the problem changes. When you do this, suddenly the impossible doesn’t seem so ‘impossible’. The right perspective has a strange way of cutting obstacles-and-adversity- down to size.

Every single limitation or ‘barrier’ you put on yourself is of your own creation. If you think you can only get to a certain weight or that you’ll never have ‘a flat tummy or abs’ YOU have created that limitation.

So often people set the bar so low because they think it isn’t ‘realistic’ – let me ask you this, is bending a piece of metal and flying it over an ocean ‘realistic’? Yet we can hop on a plane and fly anyone in the world at a moments notice.

How about walking into a dark room and flicking a switch to light the entire room? That was once ‘unrealistic’ and probably inconceivable but thankfully Thomas Edison didn’t let society’s expectation of what could be done deter him from his effort. The end results lead him to creating one of the world’s greatest inventions, the light bulb.

Next time you think that your weight loss goal of dropping 4 dress sizes is ‘unrealistic’ or that getting abs ‘just isn’t a real possibility’- remind yourself that we as a species have regularly created things that were once deemed or labeled ‘impossible’.

Next time you feel these thoughts gathering a hold of your mind, remind yourself of the stories or things that support you. For me, I remember the day I realized that we put a man on the moon. Suddenly earning six or seven figures, getting abs or starting a business doesn’t seem so ‘unrealistic’.

A FUNNY THING HAPPENS WHEN YOU MAKE A DECISION:

A lot of things seem unrealistic at the time of the original thought but a funny thing happens when you make a decision to do something- your brain goes into overdrive and your entire thought process works on figuring out ‘how it can be done’ – we have in our brains something called the reticular activation system – this is how you brain decides on what to focus on.

Have you ever bought or are looking to buy a new car and all you can see on the road are new cars? or have you been heartbroken from a relationship and all you can see on the streets are happy couples showing their love for one another- this is your reticular activation system at full work – your brain will focus on what it thinks is most important.. Or more mind blowing whatever it’s consciously or subconsciously exposed to. Here’s an example; if I tell you DO NOT think about a pink elephant, what’s all you can think about now? The pink elephant right?

With that in mind, Now think about what you feed your mind on a daily basis, if you are watching ‘car crash’ or reality TV where the entire premise of the show is in creating drama for our enjoyment, what do you think that’s doing to your mind? You are going to be programmed to look for drama in your own life- It’s the pink elephant. If you aren’t happy with the things in your life, control the things you put into your mind.

“If you don’t program your mind, your mind will be programmed” – anonymous

We as a western society are one of the luckiest civilizations of all time, not only do we have to freedom to put what we want into our own mind; note that some countries and societies don’t have that luxury, we are literally a finger click way from putting into our mind whatever we so choose.

ARE YOU ‘ESCAPING FROM REALITY?’

I understand that the TV shows I’ve mentioned above are an ‘escape from reality’ – they are designed to numb our minds from thought. Don’t get me wrong, this, when used effectively can be a great thing ‘you can fix anything by unplugging it for a while’ – and switching off in moderation is an amazing thing; but if you’re using it as a constant escape from reality, then it begs the question – what are you escaping from? 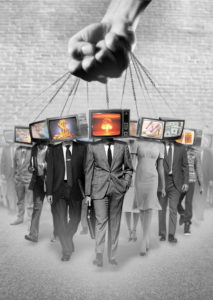 Drugs and alcohol are the same thing- they’re all ‘escapes from reality’ – the only difference is our society looks down on these escapes so they become ‘taboo’ but the reality is, numbing out to TV does the same thing to your mind.

Now I get it more than anyone, I’ve had my issues with alcohol and watching endless hours of brain dead TV in the past; I regret none of it the lowest points in my life molded the person I am today and on reflection, I had to escape reality because I wasn’t happy with my reality. I realize that was pretty formidable insight for someone to adopt but it was the truth.

At the time, I obviously didn’t see it that way; I went out, drank until I blacked out and used several of life pleasures to fill a void in my life.

I had no idea at the time, I did it because ‘that’s what everyone does’ but on reflection, the day I realized that ‘holy ‘f**k – I’m wasting my life’ a flip switched, my reticular activation system started focusing on solutions for why I needed to escape reality..

Have you ever had a moment in your life when you said ‘f***k this, enough is enough’ – it may have been a relationship, a friendship, a reaction to drugs or alcohol but something pushed you over the edge and you said no more.. What happened then? Your brain started working in solutions of have to get out of that situation. This is how powerful your mind can be.

This can be applied to any aspect of your life, your limitations are your own self-creation and where your focus your mind and the questions you ask are your own decisions! Next time you find yourself ‘needing’ to escape from reality, try asking yourself the right questions.   Remember to get what you want; you have to decide what you want.

“Once you make a decision, the universe moves out of your way” – Will Smith