None of us can live without it. We need it every day. And most of us are deficient in it. It’s not a vitamin or a mineral – its sleep. According the Patrick Holford in the Optimum Nutrition For The Mind, 47 per cent of people have difficulty falling asleep or staying asleep throughout the night, but many are not simply getting enough for optimal health. 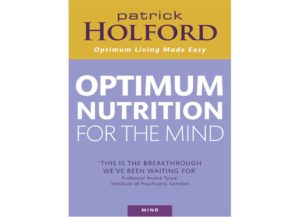 Todays world of late night TV and bright lights at the touch of a switch make it easy to forget that for thousands of years we lived in sync with the light and dark cycles. ‘Before the electric light bulb extended our days, most people slept for up to 10 hours a day’- Daniel Lieberman, Harvard Professor and author of The Story of the Human Body.

Due to busy lives and schedules, normally the first thing we sacrifice to ‘get more done’ is sleep. I am a massive victim of that, there are mornings when I will drag myself out of bed at 5am because I need to get my work done before my little girl walks at 8am but understanding the importance of sleep and some of the ‘hacks’ to at least getting quality sleep (even if it is only for six hours) has helped me massively.

WHY DO WE NEED SLEEP?

One of the great mysteries is why we need sleep at all. Without it (even for just one night), the body starts to shut down – willpower, mood and concentration significantly drops, levels of the vital nutrients zinc and magnesium fall (hence why its so important to supplement with them before bed) and Vitamin C is used up at an alarming rate (meaning you will get sicker much faster as your immune system suppresses).

During the first 3 hours of sleep, you body goes into rapid repair mode. This is why when you start to feel a cold or flu coming on, you should go straight to bed and try and sleep it off; its better than any drug or medicine you can use. 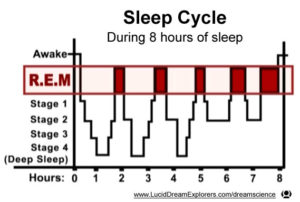 THE IMPORTANCE OF DREAMING:

After a couple of hours, we enter the dream state sleep, known as rapid eye movement, or REM. REM sleep normally occurs 90 minutes after the onset of sleep, if you haven’t slept well in a few days, this can be as quickly as 30 minutes.

Dreaming occurs during REM sleep and most of us have four or five REM periods per night and they run at 90 minute cycles (this happens regardless of whether you remember your dreams or not). That’s why if you wake after 6 hours, you normally feel fresher than if you woke after 7 hours. At 6 hours, u were just coming out of one sleep cycle whereas at 7 hours you were just over half way in another cycle (meaning you wake up really groggy and tired). I normally always try and sleep for six hours, seven and half hours or even nine hours (on rare occasions) to optimise the 90 minute sleep cycle sequence.

As well as giving your physical rest, Patrick Holford discusses how sleep may provide a chance to make a ‘back up tape’ of the day’s events for our body’s computer, the brain. That explains largely the reason we find it so difficult to retain information on days when we haven’t slept well the night before. 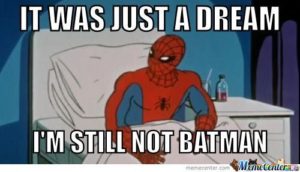 HOW TO REMEMBER YOUR DREAMS:

The reason supplementing with ZMA (zinc, magnesium and vitamin B6) is so important for a good nights sleep; alongside that it allows you to get into a deeper sleep which speeds up physical recovery from workouts, it can also be the reason you remember so many of your dreams.

I will always remember the time I first recommended ZMA to a friend. I was working as a Primary School Teacher in West London. I had Year 5 (ages 9 and 10) and my closest work friend at the time, Jonathon was in the classroom next to me with Year 4 (ages 7 and 8) – we were both massively into fitness, would train after school and we actually both did the 20 mile Spartan Beast Race together to raise money for one of the children I used to teach, who had leukaemia at the time.

I will never forget one day over lunch, with bags under his eyes, he was telling me how poorly he had been sleeping; so I suggest he start supplementing with ZMA (as it had worked wonders for me); I thought nothing more of it. This next morning, he came running into my classroom as I was setting up a lab experiment for my science class and he said “WHAT THE F**K was that stuff you told me to take, I had the weirdest, trippiest dreams.. I felt like I was on drugs!” – my reflex reaction was obviously, what can only be described as mild hysterics to which I inevitably asked “well, did you sleep well at least?’ – to which he responded “best nights sleep I’ve ever had” and walked out of the room. I’ve always recommended it since.

The reason ZMA can give you such ‘trippy’ dreams when you start taking it is down to a deficiency in Zinc and Vitamin B6. In a survey at the Institute of Optimum Nutrition, they found that 40 per cent of people had no or very infrequent dream recall. When researching the signs and symptoms of Vitamin B6 and zinc deficiency they found an alarming proportion of deficient people couldn’t recall their dreams. After supplementation with B6 and Zinc their dream recall returned and they reported dreams more vivid. This is what happened to my friend Jonathon.

So if you don’t think you dream, try adding in Vitamin B6 (gradually increasing to 200mg) and zinc (gradually increasing to 30mg) on an empty stomach half an hour before bed to dramatically increase your dream recollection and quality of sleep. Given that sleep is your body’s essential way of resting, recharging and nourishing both your body and mind, sustained, unbroken sleep, and dreaming, is part of the lifestyle package that determines the quality of our lives and our health.

WHEN YOU CAN’T SWITCH OFF:

This problem usually begins before bedtime. You may feel unable to ‘switch off’ from feelings of stress, tension and anxiety. I know this better than most, it seems that all of life’s problems culminate when your head hits the pillow. I remember reading a great phrase that really allows me to put my nightly thoughts into perspective ‘everything is a problem at night, your finances, relationships, your self-esteem. You only know you have a real problem if you’ve had a great nights sleep and you still feel the same way in the morning’. 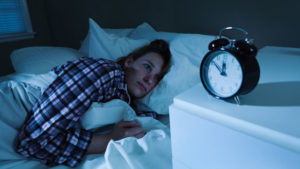 I cant remember where I read or saw that but its something that really gives me perspective each day; any of my financial worries, my relationships with people (will Holly grow up to okay, what if I cant help her with this or that) or the ‘are my dreams and goals too big, maybe they are unrealistic’ only even come up at night time – all those problems (for me anyways) disappear after great nights sleep. If I wake up worrying about the same thing I went to bed thinking about, then I know there’s something in my life I need to fix. I’m not sure how resourceful that piece of information is but its helped me in figuring out what my ‘real problems’ are so I included it.

TWO MAJOR FACTORS THAT CAN DISRUPT YOUR SLEEP

What do you do for a pick-me-up when you’re tired? Most people reach for something sweet, drink a beverage containing caffeine (coffee is my vice) or smoke a cigarette. I worked as primary school teacher for four years so it wasn’t unusual for some of the other teachers to have a coffee, with added sugar AND a cigarette at lunch time.

Caffeine, sugar and tobacco are all stimulants, which excite your sympathetic nervous system (which puts your body into ‘fight or flight’ mode’). Stimulants trigger the release of cortisol (stress hormone), which tells your body its time to take action and ‘get up and go’; this is literally the last thing you want if you are trying to ‘wind’ down your body for sleep.

The most popular form of caffeine is coffee (I know its my favourite) and an normal sized cup of strong coffee contains around 300mg of caffeine; caffeine has a half life of about six hours (meaning half of it is still active in your system for six hours after you drink it.).

So if you have a coffee at 5pm, you’ll still have 150mg of caffeine in your blood stream at 11pm when its time to go or get ready for bed. Six hours later (around 5am in the morning), your body is still stimulating the adrenal glands to produce cortisol; your body thinks its time to ‘get up and go’ even though you still have two hours left until your alarm clock goes off, the cortisol is literally waking you up or stopping you from getting into a deeper sleep.

Ideally, you should not drink anything containing caffeine after lunch or throughout the evening. Now I’m not saying ‘you need to give up coffee right now!” – I actually have a cup of coffee every day around 5pm (as I normally work until 10 or 10:30pm) but I’m aware what’s happening from a physiological point of view and if I’m tired from not getting enough sleep, I can take ownership that it was my choice to stimulating my adrenals and release cortisol when my body was trying to recover. Knowledge is the key here, what you do is your own decision but as long as you know what’s happening from a physiological point of view, its up to you how you use the information.

According to the Health Guru and author or ‘Eat, Move and Be Healthy’, Paul Chek discusses how physiological and medical doctors have found that you can be entertained or synchronised to a dysfunctional sleep schedule is as little as 7-21 days. Simply put, if you stay up until midnight for one to three weeks in a row, your internal body clock will become trained to wait until midnight to start reducing cortisol output and increasing melatonin production (the hormone that helps you sleep). Try and go to bed at the same time every night to get your body into that routine of increasing melatonin production and reducing cortisol output at the same time every evening